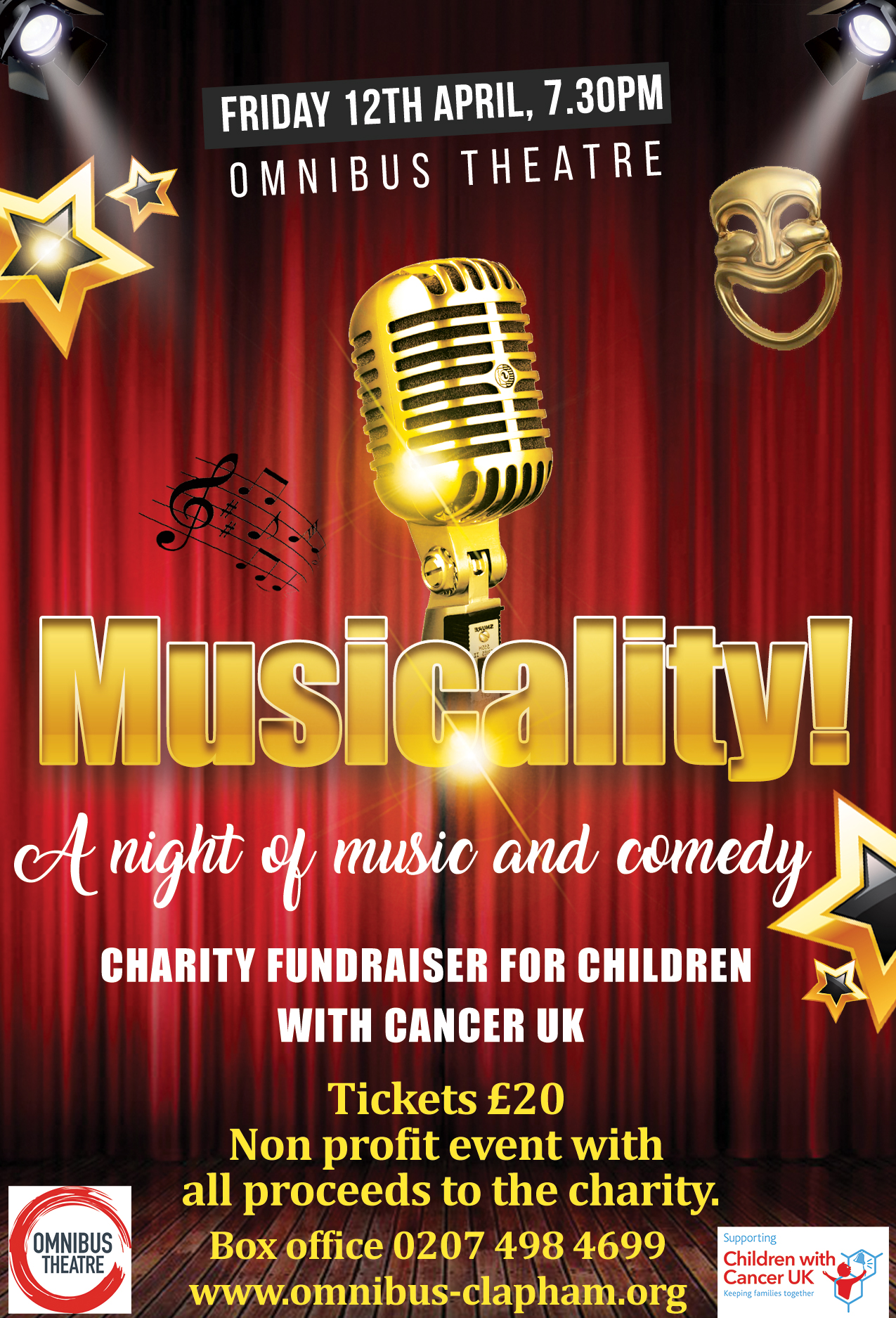 An amazing night of music and comedy, featuring a fantastic line up of singers and comedians.

All proceeds from the show will go directly to Children with Cancer UK.