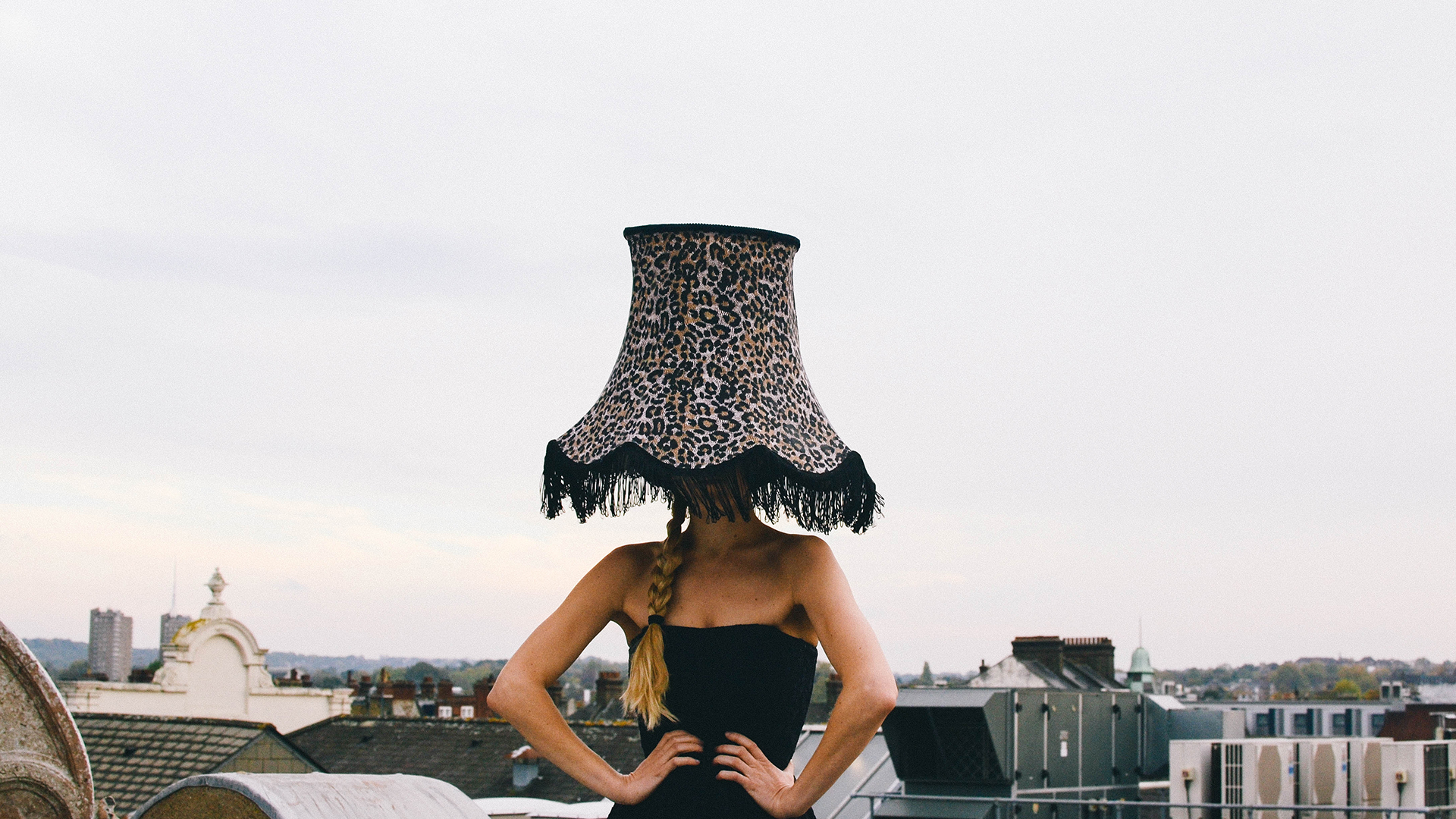 By Omnibus TeamApril 15, 2019Press and announcements
No Comments 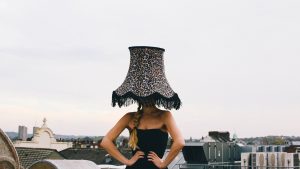 • The new Summer season at Omnibus Theatre includes a revival, a re-imagining of a Shakespeare classic, the return of Edinburgh Previews and a Festival celebrating theatre in translation.

• Theatre-maker Katie Arnstein’s honest, deceptively funny and empowering account of her experience in show business. 9 -11 May.

• Acclaimed playwright Simon Stephens (CURIOUS INCIDENT OF THE DOG IN THE NIGHT-TIME) and two times OFFIE nominated director Scott Le Crass revive COUNTRY MUSIC. Fifteen years since its premiere at the Royal Court Theatre, this is an achingly tender story of crime and redemption. 29 May – 23 Jun.

• Intermission Theatre Company’s writer and director Darren Raymond brings this tangled tale of jealousy, manipulation and revenge bang up to date with a contemporary re-telling of Shakespeare’s classic in OTHELLO: REMIXED. 25 Jun – 14 Jul.

• OUT OF THE WINGS FESTIVAL sets up home at Omnibus Theatre, giving voice to a series of international play readings from the Spanish and Portuguese-speaking world. Over five days, new English translations of works by playwrights from five countries will be heard alongside workshops, talks and events in a celebration of theatre in translation. 30 Jul – 3 Aug.

“This Summer, the programme is filled with national and international theatre makers, presenting stories that have the power to unlock new possibilities and points of view.
Theatre-maker Katie Arnstein makes a welcome return in May with her empowering one woman show Sexy Lamp. Chronicling her trials and tribulations as a professional performer where fully clothed and speaking roles are hard to come by, Arnstein’s powerful and personal brand of storytelling is so honest, deceptively funny and direct.
Later on in May, Simon Stephens’ achingly tender and intricately woven play Country Music, is given a welcome revival. Movingly documenting the story of a marginalised soul, forgotten by the criminal justice system. A search for atonement begins in the Thames Estuary and moves with emotional force across England over the course of twenty years.
Shakespeare makes a bold comeback in June as Othello is radically reinvented by Intermission Theatre Company, urgently staging the stories of Othello, Iago and Desdemona in a modern-day London boxing ring. Focusing on universal themes of jealousy, manipulation and revenge, Othello: Remixed will be a clever mash-up of 400-year-old text and contemporary language. Shakespeare, but not as we know it.
In July we welcome a thrilling mix of emerging and established theatre-makers, previewing their work in Clapham before heading to Edinburgh Fringe, giving you the chance to enjoy their compelling productions before anyone else.
August brings a celebration of stories from Spanish and Portuguese speaking playwrights in Out of the Wings Festival, joyously untapping the richness of these international pieces for the first time. It promises to be a mind-expanding opportunity to explore different voices and connect with London’s local Latin American community. My hope, for this season, is that every story told can open doors to new worlds.”

“And so I figured if McDonald’s can call itself a restaurant, I can call myself an actor”.

Ever since Katie was cast as the lead in her primary school Christmas show ‘Santa’s Snow Mobile’ she believed there was a place for her in show business. Since then named, speaking and fully clothed roles have been hard to come by…

Sexy Lamp brilliantly combines comedy, original songs and storytelling to shed a bright light on how ridiculous the industry can be and why Katie is refusing to stay in the dark any longer.

From the writer and performer of BICYCLES AND FISH, winner of VAULT Festival’s Show of the Week 2018.

1983, Gravesend. Jamie has committed a crime. What he doesn’t know is that this event will shape the next 20 years of his life. Originally presented at the Royal Court Theatre in 2004, COUNTRY MUSIC is a subtle, yet powerful play by Simon Stephens, whose work includes the multi award winning THE CURIOUS INCIDENT OF THE DOG IN THE NIGHT-TIME and ON THE SHORE OF THE WIDE WORLD.

A play about protection, atonement, but how our experiences and circumstances can define who we are, but not necessarily who we become.

Oh, beware, my lord, of jealousy!
It is the green-eyed monster, which doth mock the meat it feeds on…

Shakespeare’s gripping tragedy is remixed by Intermission Theatre Company, breathing fresh life into the stories of Othello, Iago and Desdemona in this new production directed by Darren Raymond.
London 2019. Championship boxer Othello has chosen Michael Cassio to be his corner man. Rejected, Iago is riven with jealousy and deceit. Desdemona is in the centre of their conflict which may (or may not) lead to a calamitous end.
In an explosive mashup of language, Othello’s story is staged in a modern-day London boxing ring, urgently reinventing Shakespeare’s warnings of manipulation, division and revenge.

Out of the Wings presents its fourth annual festival, exploring untapped theatre from the Spanish and Portuguese-speaking world. Over five days, a series of stage readings bring to life new English translations of works by playwrights from five countries, alongside workshops, talks and events, in celebration of theatre in translation.

Last year’s festival featured plays from Cuba, Brazil, Chile, Spain and Peru. From stories about a Quechua-speaking Peruvian mermaid, an absurdist Cuban comedy from one of the country’s most celebrated writers, to an extreme version of reality TV from Brazil.

*Out of the Wings, began life as an Arts, Humanities Research Council collaboration between King’s College London, Queen’s University Belfast and the University of Oxford aimed to make the riches of the theatres of Spain and Spanish America accessible to English-speaking researchers and theatre professionals. The result is a unique archive at www. outofthewings.org which has now developed into a collective of theatre artists, researchers and producers, with a shared goal of showcasing and exploring international theatre.

About Omnibus
Omnibus Theatre is a multi-award-winning independent theatre in Clapham, South London. Finalist Fringe Theatre of the Year 2019, The Stage Awards, Offie winner 2018 and recipient of the Peter Brook/Royal Court Theatre Support Award 2016. The heart of our ambitious programme, inspired by our building’s literary heritage, lies in both classics re-imagined and contemporary storytelling. We provide a platform for new writing and interdisciplinary work, aiming to give voice to the underrepresented and challenge perceptions. We believe in affordable tickets and theatre for all. Since opening in 2013 notable in-house productions include Woyzeck (2013), Macbeth (2014), Colour (2015), Mule (2016), Spring Offensive(2017) and Zeraffa Giraffa (2017). Omnibus Theatre is led by Artistic Director Marie McCarthy. Patrons include Dame Judi Dench, Sir Michael Gambon, Lord Michael Cashman Matthew Warchus, Sir Richard Eyre and Maggi Hambling. We are a registered charity and receive no core funding.