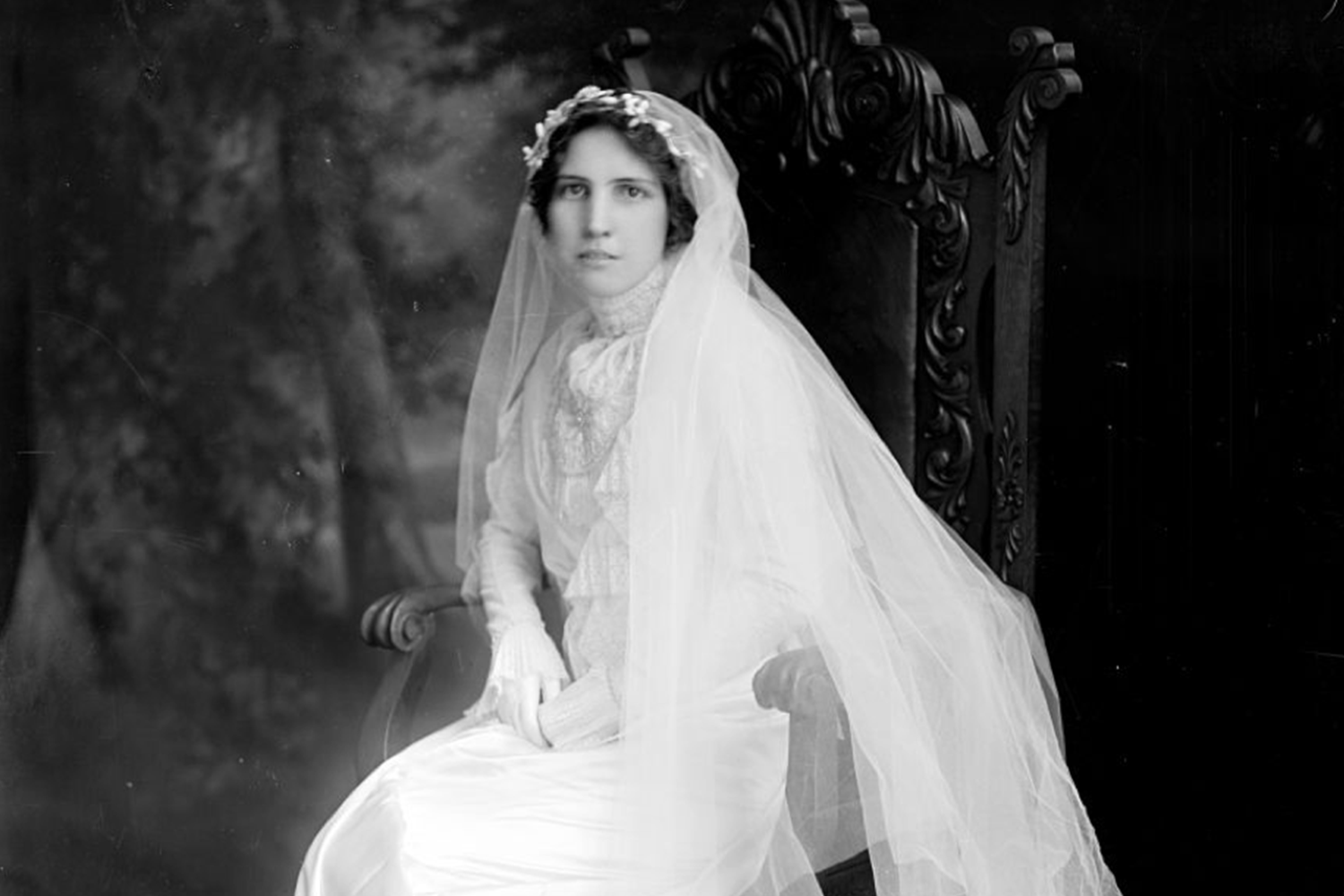 EMMA WHITE: I’m really intrigued by the world of Dickens’ Miss Havisham, in spite of her deep melancholia there is a beauty in her yellowing wedding dress, glistening cobwebs and ‘rotten bride-cake’. There’s something deliciously tempting about an elaborate feast laid out that no one will ever arrive to. I had the idea of mixing this world with punchy and modern feminist storytelling. Anna [Marshall, director] and Lisa [Berg] brought clowning to the rehearsal room, and pulling these elements together formed a new modern hybrid of Miss Havisham. In Great Expectations, the jilted Miss Havisham is completely free to leave her broken home, but she falls into a depression that leaves her permanently in waiting to become a wife. I wanted to see what would happen if a woman in the 21st Century did the same thing in a new context, someone obsessed with fulfilling our modern expectations of womanhood to the point of near madness.

OT: How much of yourself is in Havisham’s main character Vicky?

EW: There’s probably more of Vicky in me than I’d like to admit, but that’s the whole point in the show. In its first iteration at Theatre503, audience members were shocked by Vicky’s manic behaviour as she obsesses over becoming the ‘ideal’ woman. I wanted Vicky to be a caricature; she is absolutely ridiculous, but everything she does is rooted in the subconscious thinking of the world we live in. Her heightened performance of the perfect housewife is heteronormative, out-dated and misogynistic. Havisham puts a magnifying glass on that behaviour as Vicky turns the idea of a wedding into chaos.

OT: Why should audiences come and see Havisham?

EW: Havisham is an incredibly fun show, and Lisa’s audience interaction is absolutely hilarious. The shows plays with what you expect from performance in a really exciting way, mixing one-woman story-telling with comedy and clowning. You might even win chocolates if Vicky likes you!

OT: What’s next for you after this?

EW: I’ve written and will be performing in another one-woman show, Ophelia, which will be at Upstairs at the Western in Leicester on the 7th and 8th November 2019. I’m working with local director Jake Leonard. The show follows a similar strand to Havisham by taking a female voice from the literary canon into the 21st Century. The story is about how we beautify female tragedy, and the impact that can have on a young woman in love.

OT: Havisham is part of Omnibus Theatre’s Nasty Women festival. Who are some of your favourite female theatre makers?

EW: Bobby Baker is an artist and activist who was one of my very first influences when I started writing. Her work is food and audience-interaction based, and she is brilliant at capturing the honesty of an internal monologue. She brings a narrative into spontaneous performance art, exploring feminism and mental health among many other themes. I also love the work of the female-led Canadian theatre company Quote Unquote Collective. I saw their two-woman show Mouthpiece in Edinburgh 2017, and was really moved by the unique physical language they have created.

HAVISHAM is part of our #NastyWomen festival for #Perception2019, running 15-19 Oct. Get your tickets HERE→