Week one of rehearsals are complete. I think I need to explain that this process started some time ago with the actress playing Sal, Angela Marray and me meeting regularly to discuss the project. So this week has been about amalgamating the pre-rehearsal ideas with new discoveries of what the play can be.

I work from a look at the larger world getting more specific as rehearsals proceed. I’ve decided to introduce early into the process the notion of other characters in the play. Yes, this is a one woman play but Sal is not an isolated character. So much depends on her believable interactions with the other characters and how much we believe the love she has for them. It has to be believable or the story falls apart. So I brought in some actors to improvise key trigger scenes in the play with them playing the characters within. My hope is of having Angela create a strong connection with these events that can be accessed in the scenes and will resonate a kernel of truth with the audience.

We touched on each scene in a broad sense beginning our understanding of the piece and at the end of the week we staggered through the play from start to finish. This is the beginning of Angela’s journey in feeling the two hour traffic within her body and her understanding. This is very early in the process for this and I wouldn’t normally do a stagger through at this stage but we need to start to see and understand the whole as soon as possible. 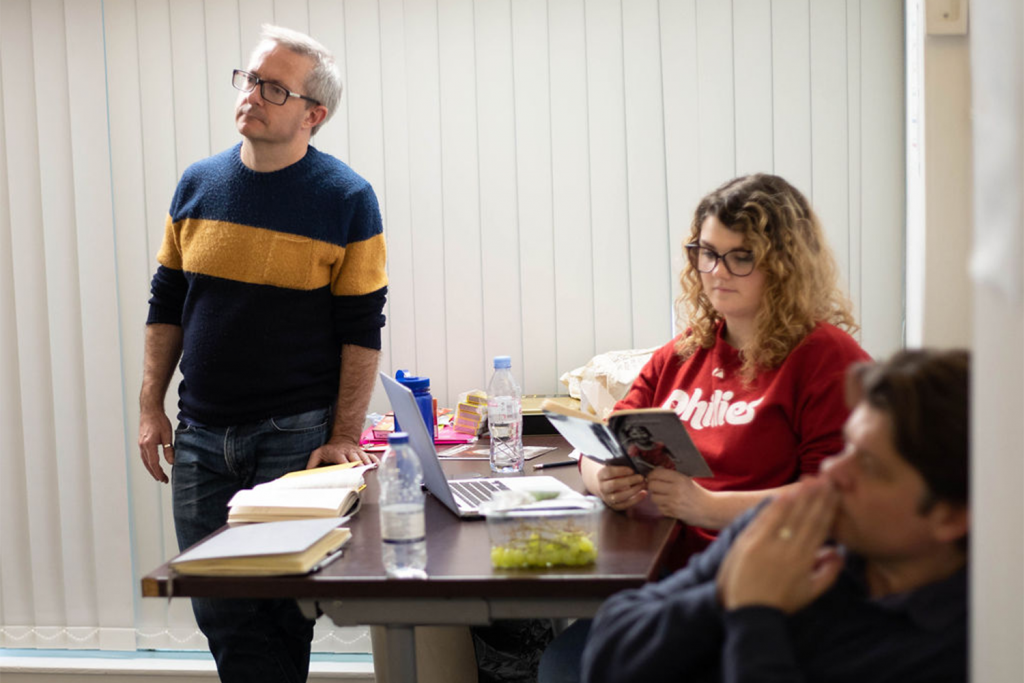 Week two commenced. We looked at greater detail at the scenes, deepening our understanding of how they flow and beginning to include intentions. With great writing like this – nothing is spare, everything tracks back to other lines, words have profound meaning. Running alongside this we start to work on a timeline for the play. In the script it takes place over an eleven hour period but of course the play spans many years. Knowing what happens when and in what order is vital because it connects into live events. Also we started our physical work on what Sal should look like. What has become of her mentally that seeps into her body.

The weight of expectations on the actress to deliver this beast of a play cannot be underestimated. The intention is to keep this weeks rehearsals light and fun, taking time to make sure the journey through is front and centre of our thinking and planning. Every day seems to bring breakthroughs luckily. Early on I identified that the play needs to be more inclusive of the audience. There has to be a communion between Sal and the audience that is unshakable. They must trust her. That intention alone shapes our course on how we present scenes but also brings the audience into our world through inclusion and ultimately complicite. This dynamic is vital to our success.

We end the week with a stagger through. We’ve learnt from last week but maybe, in some respects, we know less than we did a week ago. Or to put it bluntly we know that we don’t know certain things. 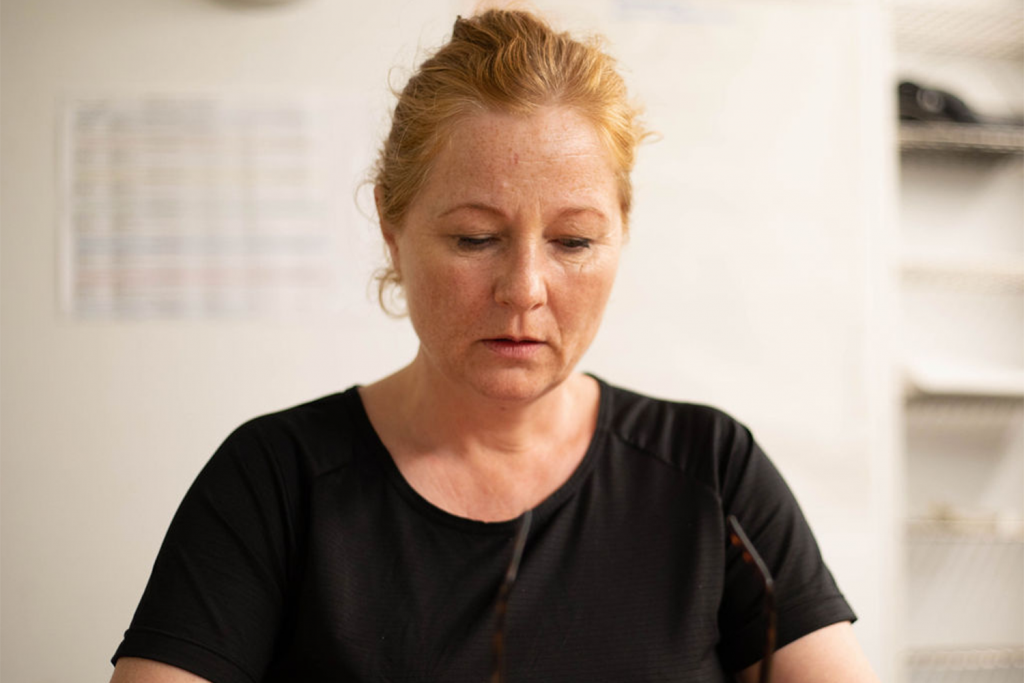 Week three is about sharpening our intentions and making sure that the story is as clear as a bell, while simultaneously adding movement that will try to get the trauma and physical reaction from the plays trauma into Angela’s body. Our work intensified in getting the scenes to work cheek by jowl. This will pay dividends when we start to put the play together. A bit like a large jigsaw.

One aspect of the jigsaw that cannot be ignored is the matches. We sourced the exact brand mentioned from Ireland and there are eighteen separate strikes throughout the play. They strike in a very specific way and gives off a specific smell – so we worked with them in rehearsals to minimize any surprises in performance. But you know things like this can trip you up in front of an audience. Isn’t that why we love live theatre?

By midweek we had started to put the scenes together, working on the flow of the early part of the play and then all the way through. Dividing the play into bite sized sections helps Angela to not see the play as a wall of words but as an arch that edges forward to conclusion scene by scene. The only problem with this is that when you place it back together you find things go a bit wonky. At this stage I reminded Angela that with all the detailed work we have been doing it is easy to forget that pang of excitement we felt when we first read the play. It’s very easy to lose sight of this when you are working on small chunks and you are rehearsing nine hours days. The audience hopefully will see the play through the eyes we had when we first read the script. With surprise, awe and at times horror.

Towards the end of the week we put the play together. We started to run the play in it’s entirety every day with notes judging where we are and where we can improve to make the play clearer. We made big leaps forward in our understanding of the piece and on the Thursday everything suddenly fell into place. All the movement, the intentions, the flow, the trigger events and the character of Sal including all of the characters she interacts with appeared beautifully in the rehearsal room. These are the days as a director you yearn for and sometimes never fully realise.

Roll on Tuesday 29th when we have our first preview and we learn again from the audience what the play could be.