Nicola Hepworth | Practising What I Teach 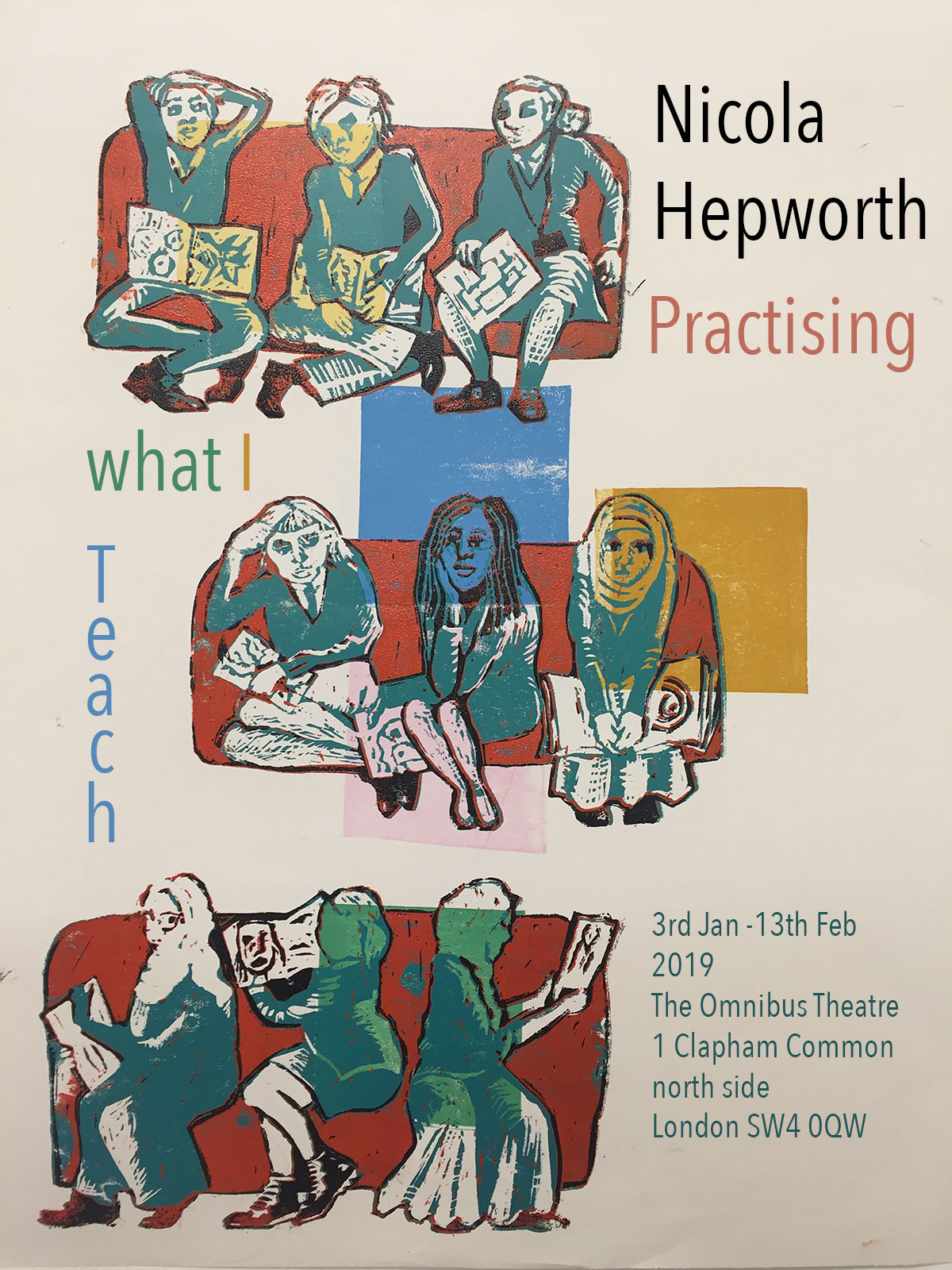 I am a painter and an art teacher who has worked in London state schools for twenty years. In my recent work I have turned to the subject matter of the students I teach, the school environment and the subject of Art education. The school where I teach is a girls’ state school in East London. I became interested in the visual repetition of uniform and institutional routine, contrasted with the individual and varied personalities. The large paintings of multiple students take on a mural-like format. Perspective is altered and flattened, giving each person in the composition equal status. In some of the paintings digital patterns or repeated zeros and ones appear in the background, reminiscent of the technology and binary code that records data, now ubiquitous in education and life. The students are depicted in lessons and, in several paintings, seated on a set of orange sofas that exist in the school. The small Greek temple and Greek vase are also actual features of the school where I teach. These can also be seen as symbols of Europe, and the groups of students near the temple becomes more poignant when we consider the country’s current situation. The paintings are therefore a record of the young people I teach, the school routines and patterns, a celebration of the empowering effect of Art education, which is currently under threat from government cuts and policy change; and of girls’ education, which still cannot be taken for granted in many parts of the world.

The pictures also pose a question about the future young people face and their place in the world.