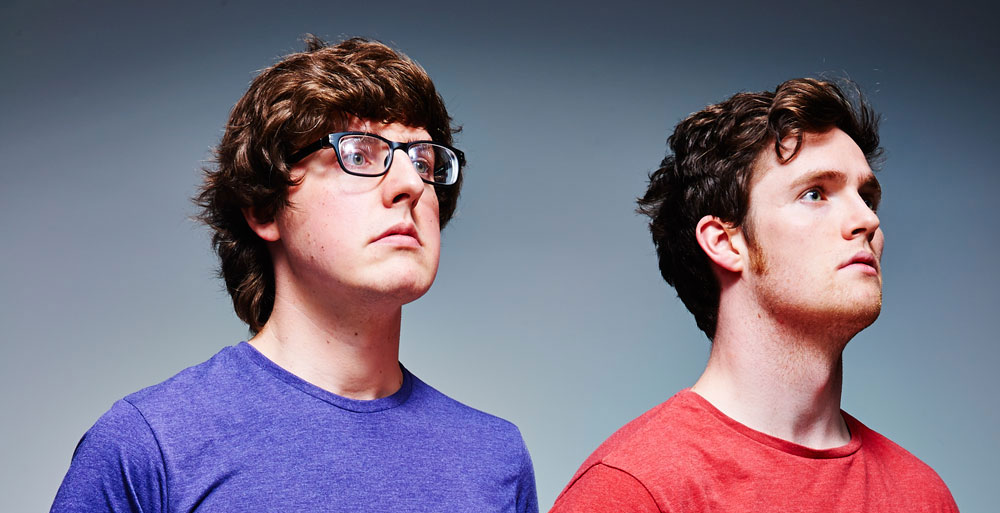 Some of the very best Edinburgh Fringe previews are nearly here! To celebrate, we’ve been in touch with the sketch group kicking us off: Thünderbards. Matt Stevens from the duo answered some of our questions.

Thünderbards are here with their new show Thünderbards: Seconds this Friday 4 July

Hi Matt! What five words would you use to describe your set?

How do you think your respective backgrounds in improvisation and stand up influence the content of your sketches?

On a really basic level, Glenn’s stand-up experience makes him more of a joke-teller, with a good knack for spotting a great punch-line. For me (Matt), my improve background means that I create more scenes and humour through dialogue, characters and situations. It blends well and we hope that our scenes and story-lines benefit from a sense of direction with characters you care about, but are also filled with lots of stand-alone jokes.

What sort of process takes place to create a sketch, from conception to completion?

The sketches come together in different ways. The main way we create our sketches is: one of us will have an initial idea which they’ll write up into a script. We then read it through in a rehearsal and see how it feels, then go about tearing it apart, dissecting it and after a process of re-writing together and devising as we go along, we have a finished scene, which might end up being quite different from the initial text that was initially brought to the table.

What is it about the double act that works so well for comedy, in your opinion?

What is the best thing about being a comedy performer?

It’s different for each person I suppose, so I can’t speak for anyone else, but for me it’s simply because it’s something I love to do. No one gets into comedy to make money as it just isn’t there, unless you are head and shoulders above the rest in terms of talent and have bucket loads of luck. Seeing audiences reacting well to what you have written and devised is always a great feeling, and doing comedy means that you have opportunities to go to festivals like the Edinburgh Fringe which is an amazing experience. Apart from the inevitable occasional stress of putting a show together, comedy is meant to be fun. The point at which you stop having fun performing is the time to stop.

Outside of your own performances, are there any acts at Edinburgh you can’t wait to see? (Presuming you have time, of course!)

There are soooo many shows we want to see at the Fringe. I already have a list of about thirty and that will only get bigger as we approach the festival. We’re looking forward to seeing other sketch acts such as The Pin and Casual Violence (presuming our shows don’t clash, need to check the brochure!) In terms of stand-up there’s Tim Key who is just brilliant and I might try and see the live resurrection of Who’s Line is it Anyway? The festival isn’t just comedy, although it seems overwhelmingly weighted towards that. I’m looking forward to the big theatre production of Forgotten Voices of the First World War and the new adaptation of Dracula by a brilliant company called Action to the Word.

You’ve performed at Omnibus before. What is it about the venue that brings you back?​

Omnibus feels a lot like a really nice Edinburgh fringe venue (albeit slightly more permanent!) The stage there is enormous compared to many stand-up comedy club stages we usually play so it is a treat to get to be a little more theatrical and use the space. Plus, this will be the first time we can unleash the tech we have prepared for our new show in full with lighting changes and sound-scapes (almost as if it were a real play, ha!)

Big thanks to Matt Stevens for answering all of our questions! He and Glenn Moore, the other half of comedy duo Thünderbards, will be here this Friday 4 July from 8pm!