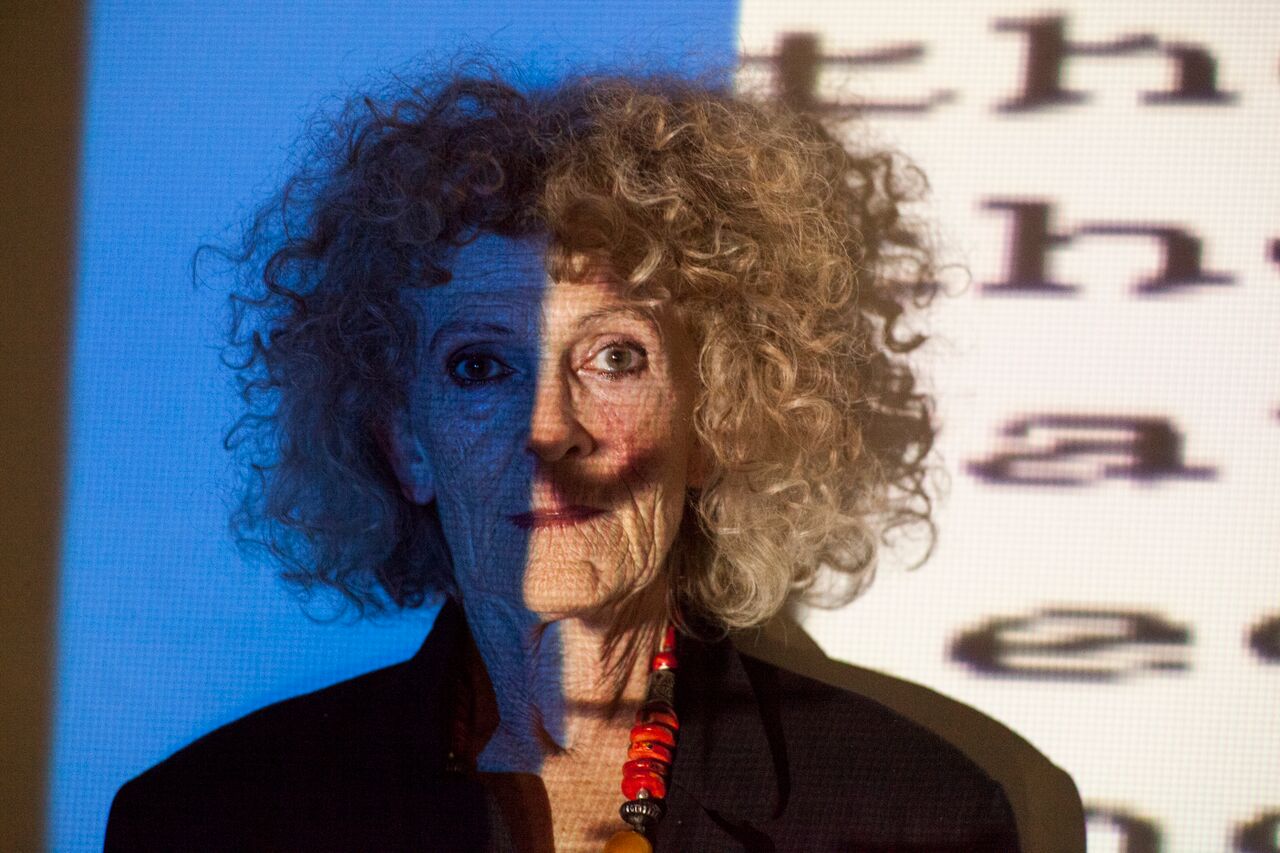 We sat down with theatre-veteran and star of our upcoming staging of Wallace Shawn‘s The Fever, Paola Dionisotti to talk about her relationship with the theatre and her part in the HBO monster-hit Game of Thrones…

OMNIBUS THEATRE: How did your career in acting begin Paola?

PAOLA DIONISOTTI: Okay! Well I was born in Turin in Northern Italy. My family moved to England when I was just two. My parents, determined that we should have the best possible education sent my two sisters and myself to a highly academic school – sadly academia was not my comfort zone. But I did have inspirational teachers of English who introduced me to Shakespeare. I was hooked! By the time I left, I had assayed Titania, Feste, Henry V, Hamlet, Mark Antony, Touchstone, Falstaff and Cleopatra! No gap year for me, I went straight on to train under Yat Malmgren, John Blatchley and Christopher Fettes, at the newly formed Drama Centre London. 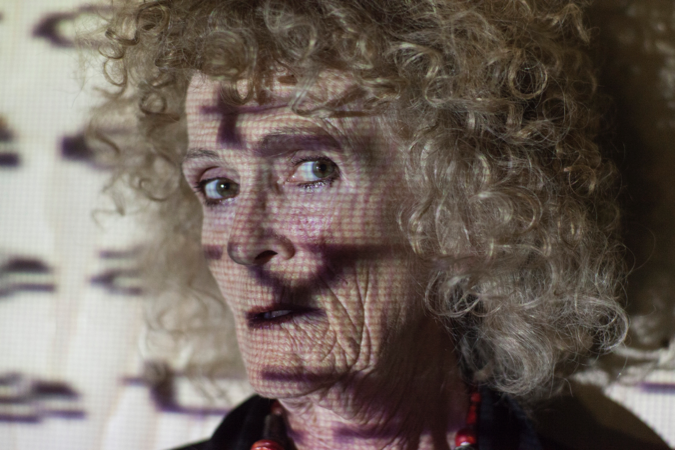 OT: What did you do when you left drama school?

PD: My first two jobs were at the Royal Court Theatre for William Gaskill and Jane Howell. Armed with my Equity card I then headed for repertory theatres round the country, a season at the old Phoenix Theatre in Leicester, two seasons at the Liverpool Everyman and a year of amazing parts for the very unique Glasgow Citizens Theatre Run by the magnificent triumvirate Giles Havergal, Philip Prowse and the late Robert David Macdonald. I had always been drawn to what has been called alternative or experimental theatre, so when the opportunity to join the Freehold came up I grabbed it! This was followed by a stint with Steven Berkoff and his London Theatre Group helping to create his production of Kafka’s The Trial.

OT: What prompted your return to main stream theatre?

PD: Well a group of actors from the Actors’ Company came to see a production of The Provok’d Wife that David Hare had directed me in for Watford. Bob Ringwood (ex Citz theatre designer) had created the most exquisite outfit for my French maid. They invited me to join them. They were Main Stream in the sense of all having high profiles in traditional theatre, a magnificent bunch of thesps; Ian McKellen (a well-earned ‘Sir’!), Ted Petherbridge, Caroline Blakiston, Sheila Reid to name but a few, but we ran the company and that was not remotely mainstream! It was exhilarating. I did two season’s on the road with them which included the Edinburgh Fringe Festival, a season at Wimbledon and a season at BAM in New York ; plus Knots – a show devised by Edward Petherbridge based on RD Laing’s book of the same name, and then filmed by the late wonderful David Munro. Exhausted, I then returned home and decided to start a family. 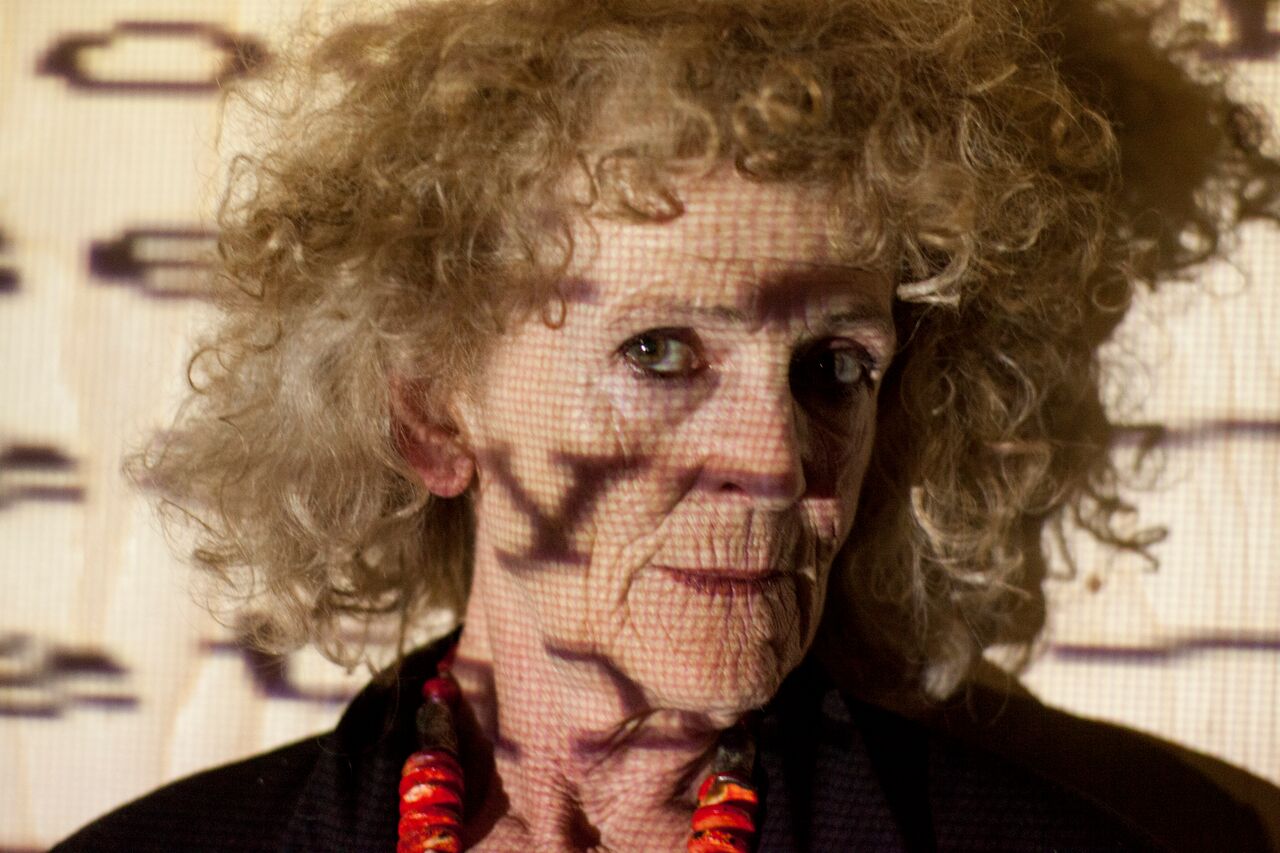 OT: Tell us more about your wonderful experience in theatre…

PD: Well at Stratford East, still under Joan’s direction, Max Shaw produced Chris Bond’s Sweeney Todd (that Sondheim came to see – and the rest is history!) I played Sweeney’s abandoned wife, busking outside the theatre every night before the show. This was followed shortly after by my first double season at the RSC, Stratford and the Aldwych. The plays in those seasons were the Taming of the Shrew with Jonathan Pryce, Measure for Measure where I played Isabella and Anthony and Cleopatra where I played Charmian, this time to Glenda Jackson’s Cleopatra for the terrifying Peter Brook.

Since then, I’ve worked all over the country and abroad with fabulous and inspirational directors: Yuri Lyubimov; Yukio Ninegawa; Irina Brown; Howard Davies; Mike Alfreds; Katie Mitchell (twice – at the Gate and the National); John Tiffany; Josie Rourke; Vicky Featherstone (through whom I first encountered David Greig, the man responsible for my obsession with The Fever ) – Vicky now runs the Royal Court and has just been named Gender Equality Champion at the Women in the Creative Industries Awards, congratulations; Roxana Silbert, who has been a big supporter of The Fever; and last but by no means least my wonderful director of The Fever, and dear friend James Robert Carson.

OT: You’re a pretty recognisable face on the silver screen as well…

PD: My first tellies were an episode of a series called Village Hall in 1975 and Crown Court in 1976. It’s a good medium to be working in when one is bringing up a family…short bursts of work and in those days good money. Most recently I’ve been in the weird and wonderful Game of Thrones and had the pleasure of performing alongside Meryl Streep and Hugh Grant among others in the film Florence Foster Jenkins.

OT: Which is your true love?

Theatre. The Live Event. It’s immediacy. The uniqueness of each show. The danger, the instant connection you can make, or indeed fail to make with the audience! I am so excited to share Wallace Shawn’s The Fever with you all. He wrote the play for us – see you at Omnibus Theatre… Only three nights, buy tickets, be there!

The Fever will run at Omnibus Theatre for three nights only, 27th-29th March. Do not miss this landmark theatrical event. Buy tickets now by clicking here→