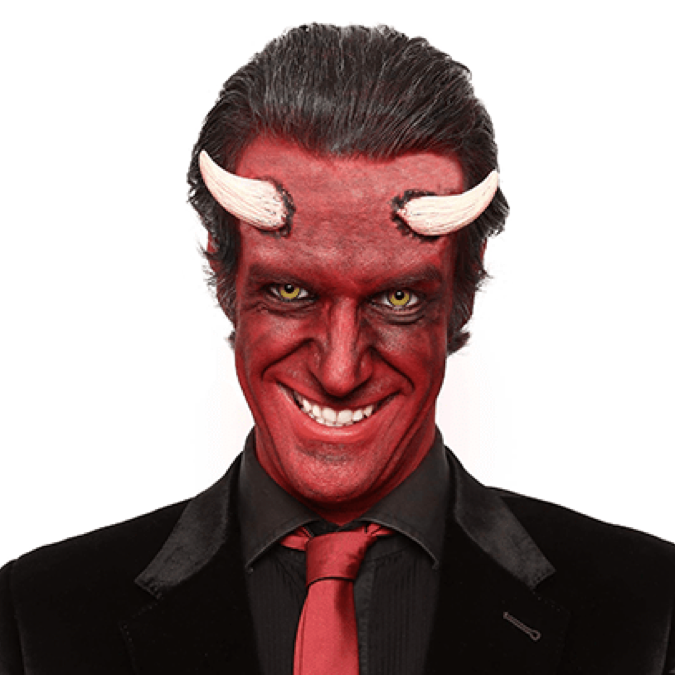 By Omnibus TeamMay 2, 2018April 11th, 2019Press and announcements
No Comments 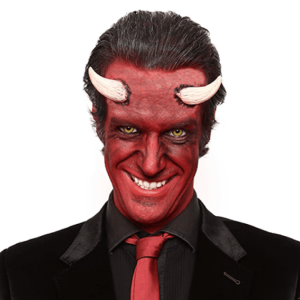 As we divide each other up into more and more unpleasant categories of evil, it is time to establish, once and for all, what is good and what is bad.

Who better to arbitrate in these challenging divisive times than Lucifer himself? The Devil no longer runs Hell day to day. He’s retired now, and plays Golf at Mar-a-Lago, but the Dark Lord is still on the board of The Underworld and attends a bi-annual meeting to advise on how to make eternal damnation sustainably hot, how to keep a thousand minions on a zero hours contract and what to do about Jacob Rees Mogg.

This exclusive five-day run will give Londoners the opportunity to see Marcus Brigstocke’s new show ‘Devil May Care’ before he heads up to the Edinburgh Festival Fringefollowed by a national tour.

This will be the first time Brigstocke presents a ‘character driven’ stand-up show, performing as Milton’sfallen angel Lucifer from ‘Paradise Lost’. Marcus says: “I’ll be fully devilled up, complete with horns, tail and malevolent grin. I want to explore the nature of good and bad. Do good people do bad things with good intentions? Is anyone truly wicked? Are any of us wholly good? What’s to be done about Piers Morgan?”

Brigstocke is a master of satirical comedy with an impressive list of TV credits including his role as a team captain on Argumental(Dave), and host of The Late Editionand I’ve Never Seen Star Wars(BBC4). Other appearances include; Live At The Apollo(BBC1), Have I Got News For You(BBC1), Mock the Week (BBC2), QI (BBC2),Sorry I’ve Got No Head (BBC1), The Late Edition (BBC4), and the 11 O’Clock Show(Channel 4).

BBC Radio 4 has become somewhat of a second home to Marcus with regular appearances on I’m Sorry I Haven’t A Clue, The Now Show andJust A Minute; he has also written and recorded three series and four specials of his hit show Giles Wemmbley-Hogg Goes Off. Most recently he co-wrote and co-starred in the new BBC Radio 4 sitcom The Wilsons Save The World.

‘Rare is the stand-up show that makes you laugh, think and then fight back the tears. This is it.’ **** – The Daily Telegraph

About Marcus Brigstocke– one of Britain’s finest comedians and broadcasters, Brigstocke starred as King Arthur in the West End and on a fantastically successful nationwide tour of Spamalot. His talent was noted early on in his career in 1996 when he won the BBC New Comedian Award at the Edinburgh Festival. He is now regarded as a major comedy, writing and acting talent, performing stand up nationally to sell out audiences both on tour and on the well-trodden comedy circuit. BBC Radio 4 has become somewhat of a second home with The Brig Society, I’ve never seen Star Wars and regular appearances on The Unbelievable Truth, The Now Showand Just A Minute; Brigstocke has also written and recorded three series and four specials of his hit show Giles Wemmbley-Hogg Goes Off. TV credits The Joy Of Techs, I’m sorry I’ve got no head, Argumental(DAVE), and host of The Late Editionand I’ve Never Seen Star Wars(BBC FOUR). Other appearances include; Have I Got News For You(BBC ONE), QI(BBC TWO), The Late Edition(BBC FOUR), and the 11 O’Clock Show (Ch 4).